Been working on a Land Destruction deck (was aiming for modern legal) all morning looks like it will work but really can't tell xD,
Posted a link too it see if you guys have any Suggestions to make it better or your opinions on it etc

Not entirely sure on the Sideboard at the moment its just a rough idea to what to put in there.

Anyway Thanks for Feedback and Suggestions in Advance :) !! 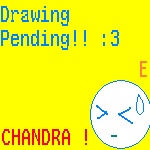 Re: Experimenting on Land Destruction Deck.

you should look at fulminator mage, he is amazing and works really well with bloodbraid elf. Also, something like Tectonic edge is amazing and an easy cheap card to get ahold of.

Try to lay off the spell based land D. Things like stone rain. What you want to aim for is a spell that has diversity. the aformentioned fulminator mage is amazing, because when you dont need it to kill a land, it can be beating them in the face. Also ramp is not always necisary in a green deck. In my opinion it is better to be curving out on spells that actually do things, in a deck like this, rather than spells which enable you to do things.

So instead of birds/elf try having 1 drop agro creatures, as that will be your main win con. Destroy land and abuse the shit outa the fact they cant have mana. So lots of beat sticks (or some sort of combo).

Suffer the past dosnt seem that good either. Just seems like a bad blaze, because you limit your damage to the number of cards they have in their GY and the amount of mana you have. I could maybe see some in the sideboard though, but more as graveyard hate. And fog should be more removal.